To quickly recap, I turned 40 this year, and for my birthday my husband is surprising me with a new adventure every month. Hence, my YOA, or Year of Adventures.

November's YOA began on Thursday morning.  Brian (my husband), said he needed the car to run an errand.  No biggie, except he is a terrible liar.  I knew something was up, but I wasn't sure what it was.  I pushed, I pressed the issue, I basically called him out on it, to which he replied "You said it was OK to lie to you if it were for a good reason," which or course, I don't quite remember saying it that way, but hey, I'm 40, I forget a lot of things...

Sitting at the computer minding my own business, procrastinating, I hear the front door open.  I'm not in the least divided from my work to look up at Brian.  But no, the voice from the kitchen is not his sweet tenor "hey honey!," but my best friend, AJ, who surprised me from NY!!!!!

The tears of happiness flowed.

But that wasn't the real adventure.

Saturday morning we woke up early.  I was told to dress in layers, but comfortable.  Check.

Brian watched the kids, and told me that he was too scared for this adventure, so AJ and I were going together.

It took about an hour of driving out into the desert, past a stinky dairy farm, through miles of arid desert landscape, and finally into a tiny town, to get to our destination.

Before we arrived, a plane was blocking our path: 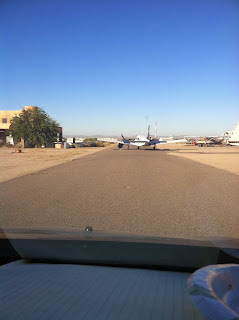 We drove around it.

Now at this point, I'm thrilled an terrified at the same time.  WHAT? WHAT ARE WE GOING TO DO??  Wait, am I going to need Dramamine?

AJ smiled, and said she was very excited.

We drove a bit farther until we came to out destinations: 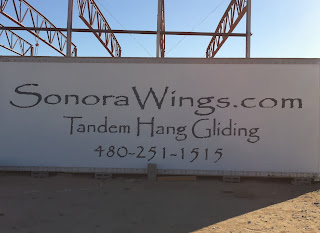 After all the legal paperwork was signed - you know, in case you die...blah blah blah... at least my life insurance is current.  We sat down for a little "what's-what" and "how to" and all that school requirement 5 minutes worth, which resulted in our student license: 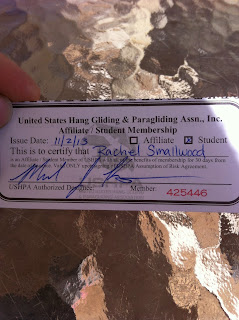 With that in my pocket, I was first:

I was harnessed above the pro, helmeted, goggled, and given a quick rundown which boiled down to "it'll be a bit bumpy at first, but once up, your heart rate will slow down as you relax into it. Oh, and don't touch the aluminum, it's the steering wheel"

We were hooked up to the ultralight plane, and from there it towed us to 2,400'.  It took about 8 minutes to get us that high, and trip up was as close to being superman as I human could be - safely. 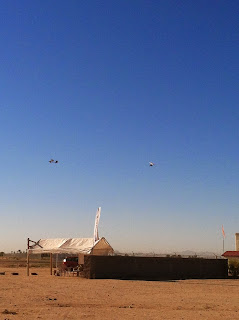 When the cable was released, the glider jerked back a bit, but then it was all us.  Just the sound of the wind in my ears, but other than that, it was glorious.

Bill, the instructor guy, showed me how he could swoop and turn, and showed my how to do it as well.  I opted for a smooth, straight flight.  If we could have just gone straight for miles I would have, but for some reason he wanted us to stay over the landing area.  *sigh 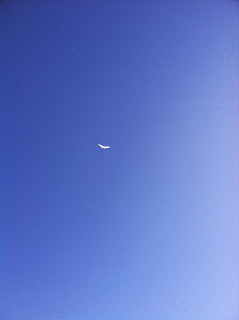 There were no tall buildings, no big houses, no traffic sounds, no babies crying, and not a cloud in the sky.  It was even warmer above 1,600', not colder like I had thought.

We even saw a red tailed hawk flying on the updrafts.

Truly, an amazing feeling and an even more amazing surprise.

When I landed, I was a bit shaky but filled with awe of the glory of the earth.

So much so, that I even gave her a present, my breakfast; 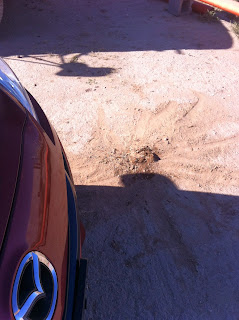 I really should have taken that Dramamine.  Sorry, it is my blog after all... ;)

It was AJ's turn next, and she was every bit the adventurer I wasn't.  She didn't even leave a present for our Mother. heh heh.

Together we shared a memory to last forever. 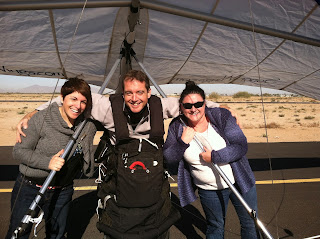 Here is a short video AJ took, click HERE to watch me fly high into the clear crisp morning sky.

Lastly, if you are interested in participating in any future adventures, or would like to help Brian in the planning or paying for any little parts, please email him:  brian.m.smallwood@gmail.com.  Please put "A Year of Adventures" in the subject line.

Email ThisBlogThis!Share to TwitterShare to FacebookShare to Pinterest
Labels: 40, Year of Adventures