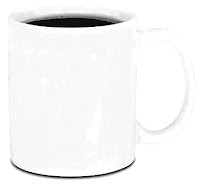 Doctors used to prescribe cigarettes to calm the nerves during pregnancy.

Perhaps they were also the same doctors who prescribed Thalidomide.

Today's contentious drug is caffeine.   To have some, one, or none?

When I was pregnant with my eldest, caffeine was a no-no.  With my youngest, it was ok to have a cup or two a day.

I don't know what the current thinking is.

Regardless of what they think I gave up that ghost three years ago and haven't gone back.  Turns out, caffeine was a huge trigger for my migraines, who knew?

It took a grueling two weeks of withdrawal, which included a solid headache, miserable  mornings,  and unfounded irritation at everything and everyone.

It was worth it.

With a week of sleepless nights (one kid wakes up and then 20 minutes after he/she goes to bed the other one wakes up), early mornings,  and a desire to see my husband at night for a few hours outside of the bedroom, I just can't keep my eyes open today.

It's like I stayed up all night working on a project that was due at 8am, the begining of a four hour class and now, it's 9:30am, I've presented my project, and have to sit through the pedantic sprawl of the last few.

Except I've been up longer...

...and the stakes are higher.

So, with mug in hand, toothpicks holding my eyelids open, and the sugar scooped, LET THE COFFEE FLOW!!!!!

Sure, I cut it with a little decaf, but a little goes a long way.  I can already feel my pulse getting faster.

Don't know how long this will last, but it's better than it was a few minutes ago.